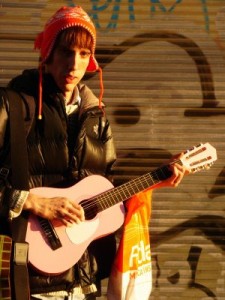 The latter half of the aughties was a good time for Bradford Cox. Between Deerhunter and Atlas Sound, this Atlanta native became one of the most well-known and respected musicians in the indie-rock scene, earning countless spots on year-end best-of lists. He landed a spot on Under the Radar magazine’s current “Best of the Decade” issue, along with Jenny Lewis, Ben Gibbard, Kevin Barnes and Devendra Banhart, artists that began performing in Rilo Kiley, Death Cab for Cutie and Of Montreal, respectively, while Cox was still in high school. Deerhunter at its core is a rock band, though Cox and company have explored various genres, from the experimental punk of debut “Turn It Up Faggot” to the psychedelic shoegaze of “Cryptograms” and “Microcastle/Weird Era Cont.” Atlas Sound, Cox says, is for “ideas that I can’t make work with a five-piece rock band.” Its debut LP, 2008’s “Let the Blind Lead Those Who Can See But Cannot Feel,” is pleasant ambient pop. The follow-up, 2009’s “Logos,” is similar, but also includes some flat-out pop songs, including the wonderful “Walkabout.” If you’re a fan of Cox, you won’t want to miss what’s sure to be a fun night. The band is solid live and the banter is more often than not hysterical. (Kelley Hecker)