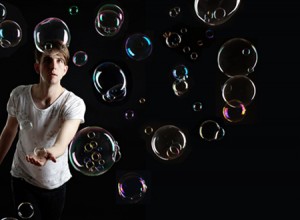 Final Fantasy is a stupid name for a band. It’s like naming your band World of Warcraft or something. Trying to find music or info, especially early on in violinist Owen Pallett’s career, is difficult, as you are bombarded with links for the bajillion video games of the same name. And so, with the January 12 release of “Heartland,” Pallett’s third album and first to be released in many countries, including Japan, he retired the moniker. (Also, “the laws of trademark infringement exist for good reason,” Pallett said in his official statement. Surprisingly, he wasn’t sued in the five years since his debut was released.) “Heartland” is the follow-up to Pallett’s poorly titled, Polaris Prize-winning “He Poos Clouds,” a beautiful and intense record that was a huge step up from his promising debut, “Has a Good Home.” It’s always interesting to see Pallett live, as often it’s just him, his violin and loop pedal. To see one man bring those indie-rock/baroque pop songs to life is fascinating, and if you’re lucky, he’ll whip out a cover or two—maybe Bloc Party’s “This Modern Love,” Joanna Newsom’s “Peach, Plum, Pear,” Mariah Carey’s “Fantasy” or friends Arcade Fire’s “No Cars Go.” The first three are actually better than the original, and the chance to hear any of those covers alone would make this show worthwhile. (Kelley Hecker)