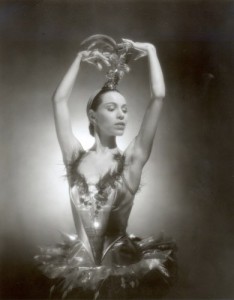 The only Boulez work that Boulez himself will conduct with the Chicago Symphony for his month-long eighty-fifth birthday celebration is his short “Livre pour cordes,” his 1969 orchestration of a string quartet (“Livre pour quatuor”) from 1948-1949, which will open this last Boulez CSO program before the celebration transfers to the University of Michigan and to Carnegie Hall in New York next week (Boulez was there last week as well, leading the Vienna Philharmonic with former CSO music director Daniel Barenboim at the piano).

But the real curiosity of this program is Boulez’ first-ever performances of the Bartók Concerto for Two Pianos and Percussion, an orchestrated version of the Hungarian composer’s Sonata for Two Pianos and Percussion that Bartók made at the suggestion of his music publisher for orchestras to perform and to have the composer and his wife appear as the soloists during Bartók’s last, lean years in exile in the United States. Boulez had never done the piece before, but being such an admirer of the music of Bartók, the piece made his birthday “wish list.” French pianist Pierre-Laurent Aimard and his protégé Tamara Stefanovich will be the soloists and the CSO percussion section will also take the spotlight.

The mainstay of this program will be a complete performance of Stravinsky’s “Firebird” ballet, the first work to garner the Russian master an international reputation and usually heard only in its “Suite” form apart from actually being danced. (Chicagoan Maria Tallchief, who danced the work with her onetime husband choreographer George Balanchine, is often considered the definitive lead in the work.) It was Boulez who made popular the practice of performing the entire score in the concert hall, and no one plays it better than the Chicago Symphony, whom Stravinsky himself conducted in the 1960s and referred to it as his “favorite” orchestra. Boulez recorded the complete “Firebird” with the CSO in a Grammy Award-winning performance that is still the best recording of the work available—besting even Stravinsky’s own—and has also has used it as a showpiece with the CSO on tour.  (Dennis Polkow)