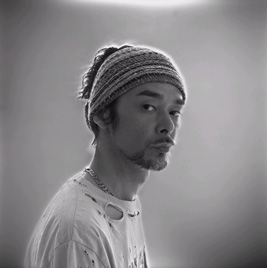 If you believe DJ Krush’s bio, seeing the severed finger of his best friend was enough to steer Ishi Hideaki away from a life in the Yakuza, and headlong into the world of turntables and mixers he saw in the groundbreaking 1983 hip-hop film “Wild Style.” Over time, his DJing and production work made him synonymous with Japanese hip-hop, but Krush’s reach is truly global. Often lumped into trip-hop or ambient categories, Krush’s sound is difficult to nail down, with influences coming from every direction from jazz to dub, with classic breaks to cinematic builds, and most often, the kitchen sink. As a producer, Krush’s confident grooves have been paired with the varied likes of songstress Esthero, off-kilter rapper Aesop Rock, and even Mos Def spitting out a couple sentences in Japanese. But the real treat is seeing DJ Krush perform live. A sublime synthesis of technique and flow, Krush creates moody dystopian soundscapes, melding scratching and effects seamlessly, expertly, precisely—until the break drops and threatens to migrate the kinetic energy of your head nod down to your behind, and lower. Chicago has been fortunate to be a semi-regular stop for global icon Krush, but don’t take tonight’s performance for granted. Also featured tonight is an opening set from Striz, easily one of Chicago’s most versatile DJs. (Duke Shin)