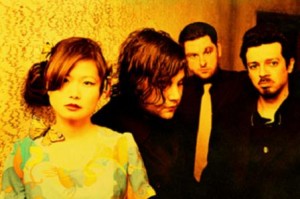 In 2001, Yuki Chikudate and James Hanna released their first EP under the name Sportfuck, which they quickly abandoned for Asobi Seksu (Japanese translation: casual sex). The duo, joined by a revolving rhythm section, released its third album, “Hush,” in February of last year. Where its prior albums were shoegazy indie-rock, “Hush” found the band trading that in for mellow dream pop. While touring in 2009, Asobi Seksu sold a tour-only CD comprised of acoustic takes on songs from its catalog as well as a Hope Sandoval cover. The album was released worldwide as “Rewolf” in November, and Chikudate and Hanna are now promoting it with a special intimate acoustic tour. Their Seattle show was described by Seattle Weekly as “fucking ethereal,” so it’s safe to say this show is a must-see for Asobi Seksu fans. (Kelley Hecker)