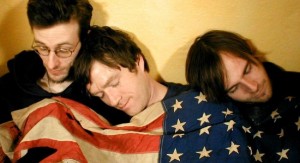 Kansas City’s The Life and Times have succeeded over the years with sonic enormity, chugging and sweeping guitars dumped on top of an equally persistent and monumental rhythm section. The end of the world on a shoegazer’s terms. Of course, to many, this sounds amazing, and for fans of Ride or Swervedriver it just might be. The band’s second full-length, 2009’s unfortunately titled “Tragic Boogie,” improved on the group’s alarming sound, this time relying even heavier on vocalist Allen Epley’s souring gruff. (His voice is becoming more and more a dead ringer for Long Winters’ John Roderick.) Epley’s work with The Life and Times has always been similar to his previous band, the underrated Shiner—big, boisterous and unapologetic. Epley’s soft spot for epic grandeur will rub some the wrong way, but if you’re in the mood for overwhelming hugeness, this show’s all yours. (Tom Lynch)