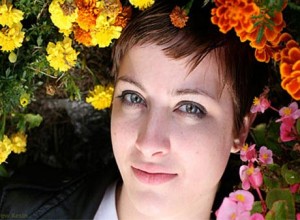 One of the more premature band break-ups in recent times was the dissolving of punk four-piece Be Your Own Pet. With only two full-lengths released—2006’s self-titled, awesome debut and the 2008 follow-up, “Get Awkward”—the group was gone in haste. The firestarter of a lead singer, Jemina Pearl, has ventured out on her own with solo record “Break It Up,” which features contributions from Iggy Pop and Thurston Moore (who was a huge champion of BYOP). The record lacks the visceral overkill that made Be Your Own Pet so enjoyable, as Pearl’s popped it up more than slightly with radio-seeking hooks and dance grooves. (Songs like “I Hate People” and “Ecstatic Appeal” would make Moore gag, one would think.) While the “American Idol,” pop-star image and sound may not fit Pearl especially well, her charm lies in the verve of her performance, as every song is infused with a little extra punk-rock oomph. Most likely, this will be a fun show. (Tom Lynch)