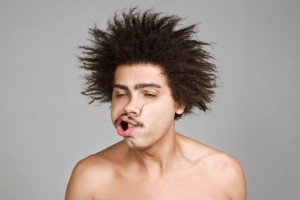 International party animal Seth Troxler is hoping the authorities are unaware of his impending visit to Chicago. The acclaimed DJ/producer is celebrated for his notorious on- and off-deck antics and crowd-moving skills in nearly equal measure. Troxler holds residencies at Berlin’s Club der Visionäre and Week End Club, and Zurich’s Alte Börse, and has releases spread across several well-known labels, but this weekend he begins touring in support of Boogybytes Vol. 5, a mix CD for Ellen Allien’s revered BPitch Control imprint. He’s the only non-label alum to take the reins, a nod that swiftly followed his addition to the top DJs of 2009 list on Resident Advisor.

Troxler acts more as a composer than DJ, both on the CD and in the club, deftly wedding the jack-friendly Chicago house aesthetic with the minimal roots of his native Detroit. DJs have been combining the two genres for more than a decade, but Troxler adds an unapologetic and youthful perspective to dance-floor tradition. Slow, sexy grooves, aptly placed vocals, techno patches and acid loops—you’ve heard these sounds before, but Troxler still revels in the raw fun of their union and translates as much through his endeavors.

These endeavors include throwing the party as much as rocking it. He takes on hosting duties at his Week End Club and Alte Börse gigs and before his move to Berlin, ran the Tesh Club parties in Detroit with friends and Visionquest partners, Ryan Crosson and Lee Curtiss. Visionquest hosts the annual “Need I Say More” event, a legendary afterhours party that follows Movement, Detroit’s Electronic Music Festival.

This is Seth’s first visit to Smart Bar and the official start of the tour, so if you are in the mood to dance this weekend, you know where to go. He’s no stranger to Chicago either, so you might even run into Troxler at Lou Malnatis, Dusty Groove or Gramaphone—he’s excited to hit all three while in town.

“It’s kind of my first proper gig in Chicago,” he says, “and I’m getting to see a lot of old friends and family. [It] should be a special night.” (John Alex Colon)