by Tomnewcity
February 3, 2010Filed under: 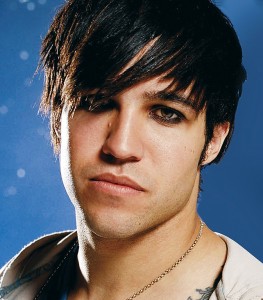 Everybody knows somebody who knows somebody in the Wilmette-born emo-pop band, as the four-piece was so immersed in the various “scenes” of Chicago and its suburbs before it got famous and its mouthpiece married one of the Simpsons. When Newcity did this cover story on FOB back in May of 2005, I met Pete Wentz at the Pick Me Up Cafe in Lakeview; he seemed as normal as can be, humble even. We talked about the newest “Star Wars” and how fans—teenagers—sometimes recognized him at places like movie theaters. He came off as genuinely mystified by his band’s growing popularity, and grateful to the dedicated fans. Just an excited kid.

Who’s to say if Wentz’s personality changed once he became rich and famous; the band’s music didn’t—not really, anyway—but as it turns out, according to a blog post by Wentz himself that went live yesterday, FOB may be no more. Or Wentz might be out of the band. Or something.

Read Wentz’s address to his fans after the jump.

i dont know the future of fall out boy. its embarrassing to say one thing and then have the future dictate another. as far as i know fall out boy is on break. (no one wants to say the “h” word). as much as i dont have a solo project, i also cant predict that id ever play in fall out boy again. not due to personal relationships as much as a band we grew apart. in this statement id like to include there is the possibility that fob will play again with out me or i will be a part of it when everyone is on the same page. it is no ones fault and there is no animosity about the decision. i felt as fans you deserve to know. there is no singular reason for this. the side projects or bands are supported by all members of the band. i am the single biggest fan of fob and if this is our legacy than so be it. i am proud of it.”