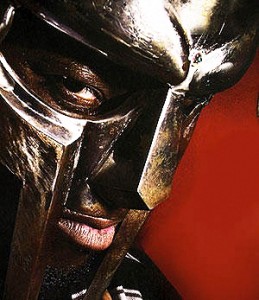 A double-bill featuring two of the most invigorating and well-respected names in hip-hop, Doom and Mos Def, this evening’s show, labeled as “MOSDOOM” and rescheduled from January 29, should be one hell of a night of music. The mysterious and often enigmatic Doom broke through with 2004’s epic “Madvillainy,” plus his work with Danger Mouse under the moniker Danger Doom. His latest proper record, last year’s “Born Like This,” moved him even more in mainstream’s direction, which hasn’t been a bad thing—the more accessible Doom becomes, the more his own madcap vision becomes clear. Mos Def, over the years, has proven to be one of hip-hop’s most versatile artists, with each one of his albums guiding him one step closer to becoming a outright hip-hop legend. (He’s also a pretty good actor.) His last record, 2009’s “The Ecstatic,” included more musical diversity, as Mos Def injected jazz, soul and Afrobeat into his repertoire. The album kills. This show will be one to remember, as long as it isn’t cancelled again at the last minute. (Tom Lynch)