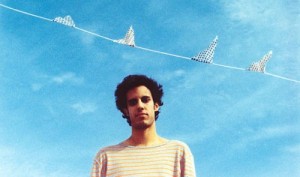 Touring behind his first full-length release since 2005’s “Everything’s Ecstatic,” Four Tet makes a return to Chicago, where he’s become a welcome visitor. Perhaps it wasn’t always this way—in years past it was easy to praise Four Tet for his unique blends of pristinely produced musical beauty and noise that challenged the definitions of electronic music, but sometimes hard to stomach the indulgent nature of his uneven live performances. But somewhere, over time, man-behind-the-moniker Kieran Hebden began streamlining his live performances, channeling his genius into digestible dance-floor bites, shaped by his increased interest in DJing. Through his monthly residency at London’s famed Plastic People, Four Tet began trying out his new compositions on the unsuspecting public—perhaps standard operating procedure for most producers, but new to avant-jazz and folk-loving Four Tet. The result is apparent from the start of “There Is Love In You,” with leadoff track “Angel Echoes” harkening back to the sonic bliss of a classic like “My Angel Rocks Back And Forth,” but with the added urgency of a 4/4 beat. The album is a delight for both the feet and the head, and tonight’s show at the Empty Bottle should be an incredible night, as Four Tet’s diffused genius gets focused for a dance floor. Also performing—and making his Chicago debut—is Nathan Fake of Border Community fame, who first made waves with 2004’s melancholic club hit “The Sky Was Pink,” and is touring behind his latest and harder-hitting full-length effort, “Hard Islands.” (Duke Shin)