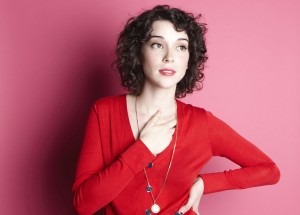 Annie Clark’s 2009 record “Actor” received abundant praise upon first release, a step forward from her debut “Marry Me,” a unique quasi-pop experiment that—my hunch—no one quite understood at first, but all knew was very, very good. Nearly a year later, the record has gained a slight aged loveliness; somehow, it’s developed, it’s matured, without, of course, literally changing at all. The member of The Polyphonic Spree and the touring band for Sufjan Stevens carved out this odd little chunk of time with her poetically dark lyricism and sometimes childlike delivery. Her arrangements are pristine, disarmingly so, as she’s capable of shaping this mess of music into something sonically conceivable. No small feat, and in many ways St. Vincent has become pop music’s new darling underdog. One can only hope Clark will craft a new record sooner rather than later. (Tom Lynch)