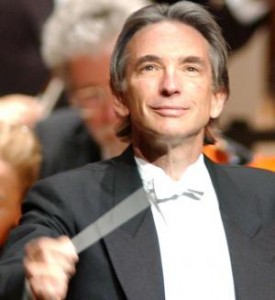 Stravinsky’s “Oedipus rex” is not only the greatest masterpiece of Stravinsky’s neo-classical period, but is the greatest adaptation of the celebrated Sophocles play into any art form.  Stravinsky labeled it an “opera-oratorio after Sophocles” and although the work has been staged as an opera, the music is so compelling and the action so static that it is most effective done in concert form, as will be the case here.

British actor Sir Patrick Stewart, best known in the States for his starring role on the “Star Trek: The Next Generation” television series, will be the narrator while mezzo soprano Michelle DeYoung will sing the role of Jocasta and tenor William Burden will star as the king.

The handful of times that the Chicago Symphony has performed this unique work have been quite memorable, not only because of the virtuoso orchestral score, but also because of the participation of the men of the CSO Chorus taking on the role of the traditional Greek chorus.

Michael Tilson Thomas, a master Stravinsky interpreter, will conduct a program that will also include Stravinsky’s ballet “Apollo,” also on a Greek theme, and his short orchestral work, “Ode.” (Dennis Polkow)