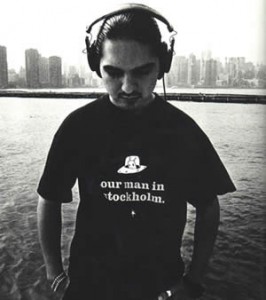 Chilean-born Swede Alexi Delano has been nothing but prolific, cranking out release after release, remix after remix and collaboration after collaboration on labels like Trapez, Harthouse and Plus8. And with successful collabs with fellow Swedish dance-floor luminaries like Cari Lekebusch and Jesper Dahlback, Delano’s profile has definitely been on the up and up. But most easily identified on his solo material or remixes is Delano’s adept ability in crafting dark melodies and sinister hooks that somehow resonate above other compositions tapped from the same emotional source. Notes that bend, noises that make your ears tingle and neck-hair stand up among the clicks, beeps and robotic voices…there are few who do it better than Delano. And if you’re a lover of that weirdness on the dance floor, Delano’s set tonight is a must-catch. Also joining Delano on the decks tonight are a pair of local Detroit ex-pats in techno veteran Tim Baker, of Elephanthaus and Real Estate Records fame, and Jason Patrick. Baker is well-known for his ability to infuse hard-edged techno, 303-laced acid tracks and other, more soulful elements into his sets, while Patrick has seen his profile rise steadily with bookings and releases on his own Klectik Records imprint. (Duke Shin)