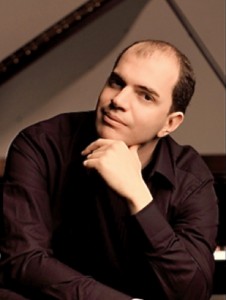 The CSO publicity machine went into overdrive last week in its ongoing canonization of music-director-designate Riccardo Muti, flying Muti in from New York between performances at the Metropolitan Opera where he was making his long overdue debut, to announce the details of his inaugural season here. “Riccardo Muti is the pre-eminent conductor of our time,” proclaimed CSO president and CEO Deborah Rutter, “and for many of us, of all time.” A somber Yo-Yo Ma appeared via video to intone a host of hosannas and platitudes not only for Muti, but for Rutter (Ma was appointed as a professional advisor last December, so this all came off in a rather ingenuine manner). As if that were not enough, the mock “press conference” had assigned press seats behind all of the donors, trustees and sponsors, who were allowed to ask questions along with the working press. (My favorite was the guy who asked Muti what his own favorite recordings of himself are.) Little was learned or shared. (“You can read, can’t you?” Muti said about the folder with his portrait on the cover, containing half an inch of materials, including a new season brochure peppered with Muti photos, aphorisms and anecdotes.) When Muti first arrived here after his appointment was announced two years ago, he explained away his 2005 La Scala firing as matter of his holding “mediocre people” to higher standards. Yet when asked about the deterioration of key CSO players during the four-year period when there was no music director here and how he would be addressing this, Muti was dismissive: “We are not brain surgeons, we are making music here,” and preferred instead to talk about community outreach, performing in prisons and having the CSO perform concert (Italian) operas. And so it goes. Meanwhile, Charles Dutoit is on the podium this week, conducting an all-Russian program that includes the Rachmaninov Second Piano Concerto with Kirill Gerstein as soloist, along with the Shostakovich Symphony No. 11 (“The Year 1905”).  (Dennis Polkow)