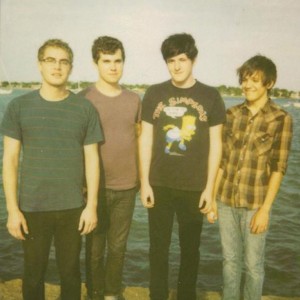 West Palm Beach indie-rock band Surfer Blood achieved buzz-band status with 2009 single “Swim,” a high-energy pop jaunt that survives off of power-chord youthfulness. The band’s debut record, “Astro Coast,” a sweethearted hybrid of Weezer’s first album, Built to Spill’s “There’s Nothing Wrong with Love” and a dumbed-down Vampire Weekend, lives up to the potential the band showed with that first song. “Swim,” which leads off the record here, is hardly the collection’s high mark. On “Floating Vibes,” singer John Paul Pitts sounds so much like Rivers Cuomo one might actually mistake him for the introverted-pop madman, but, somehow, it works—the sheer joy of music Surfer Blood exudes could make the meanest curmudgeon bob his head and smile. Lyrically, Surfer Blood’s post-college malaise takes the driver’s seat; not exactly unpredictable territory for a band such as this, but certainly not unforgivable. The clean-guitar dovetail orchestra of “Neighbor Riffs” is an inspired move; a brief, quickly paced surfer jam in the middle of the record to remind everyone that not all’s been lost along the way. This is a party, after all. (Tom Lynch)