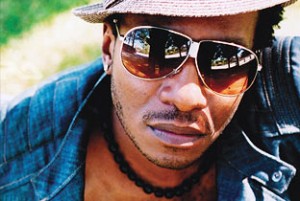 This Friday marks the first in a long-running series of quarterly Chicago events commemorating twenty-five years of Detroit techno. DJ Lady D, along with promoter Volatl, has planned the series of multimedia events (called D3) at Smart Bar. Hoping to strengthen the longstanding connection between the Chicago and Detroit techno scenes, the D3 events will also celebrate the interplay between music and visual artistry. Smart Bar will be transformed for the evening, displaying various forms of visual art from the Prak-sis collective. Video and film, photography, fashion, live painting and other media inspired by and integrated with the music should make for an impressive audio-visual experience. Headlining the event is Detroit’s Stacey Pullen, an energetic, skilled DJ and producer. Pullen is recognized around the world as a pioneer among the artists belonging to the Second Wave of Detroit techno. Expect a floor-burning set with plenty of upbeat current and classic techno and house. Also appearing at the first edition of D3 is veteran DJ and D’Lectable label boss Lady D, Klectik recording artist Max Jacobson, Max Loomis (one half of Joint Effort with Lady D), and DJ Jay Cho. (Elly Rifkin)