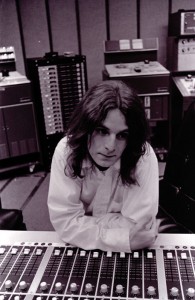 You may have heard about the death last week of Alex Chilton, legendary Memphis musician, at the age of 59. And it can be very tempting to just obit the oft-less-than-successful Chilton with a few lines: “Teen singer on the Box Tops’ hit ‘The Letter’; led failed seventies pop-rock band Big Star; had a Replacements song written about him…”

But, of course, that hardly does him any proper memorializing or justice. He shuffled off this mortal coil as one of the most influential musicians of the past forty years—even if he remained unknown to most. It was both with wistful admiration and wishful irony that Paul Westerberg of the ‘Mats sang these lines about him back in ’87: “Children by the millions / Wait for Alex Chilton / When he comes ’round…”

In certain, even rarefied circles of dedicated fans and working musicians, Chilton was always known, had never been forgotten, but I’ll bet the poor bugger had gotten pretty damned sick of being told by more-successful, better-enriched-by-their-work-than-he-ever-was rockers—even respectful ones like the members of R.E.M. and the Replacements—that he was such an influence and they loved [this or that record of his] and that, oh man, he was the reason they got into music! Perhaps only Lou Reed—who may have been the only more-influential person than Chilton among a certain, passionate strain of postmodern musicians—has heard that sorta crap more often, but he’s also freakin’ LOU REED, legendary rocker, the godfather of punk and a man who, since Warhol put the Velvets onstage about forty-five years ago and started playing films over them as they performed, has (pretty much) never had to worry where the next gig was gonna be or when the next buck was gonna come his way.

But, for Chilton, it was always much more complicated than that.

He wasn’t even 20 when the Box Tops—who he had not been much more than the teen frontman for—broke up. He went back to Memphis, learned guitar, and started writing and recording songs. Hooking up with fellow guitarist-songwriter Chris Bell (also seeming-doomed; he died of a random car accident at the age of 27) and the rhythm section of Jody Stephens and Andy Hummel, they created the legendary studio band Big Star. Together, and then fracturing into a trio after Bell left and then really into just the duo of Chilton and Stephens (and backing musicians) for the third record, they put out some immortal seventies post-Beatles pop-rock, especially on the band’s first two records, “#1 Record” and “Radio City.”

I’ve been debating a little about this with some online music-fan friends who, at this far remove (and especially if they are younger or less familiar with even recent music history), may not get or see the appeal of what this mostly unknown little band was doing in the early seventies, but with the full retrospective of time on my side, I can say that the strongest full spectrum of post-Beatles rocky pop (or poppy rock) was carried on the backs of perhaps just three artists during the first half of the seventies: Elton John (assisted by songwriting partner Bernie Taupin and the crack band he held together for years), who was the pop-radio-friendly king of that era; Eric Carmen’s band, the Raspberries, who distilled it down to some incredibly catchy hooks; and the less-initially-heard-but-longer-reach Big Star, who combined it nicely with a rockier (and, at times, even soulful) base. Without those artists, how the heck do we ever get to (for example) Elvis Costello, Squeeze, the Knack (hey, even for a few records), R.E.M., the Go-Gos, the Bangles, the Replacements, Matthew Sweet, Elliott Smith and so many others? Arguments can even be made for portions of the Sonic Youth, Pixies and Nirvana sounds. Also, when I think of the most influential artists in rock, yeah, there are the “founding fathers” (Chuck, Buddy, Elvis), the sixties giants (Dylan, the Beatles, the Stones, the Who, Led Zep) and the more artsy pre-punkers (Lou and the VU, Roxy Music, Bowie). But, also in there, with nearly some of the same impact achieved by these all-brand-names, are bands like Big Star, the Soft Boys and the Feelies—bands that inspired and influenced those who would become even bigger than they ever were. The old joke about the Velvet Underground may sum it up the best: Yeah, they may have only (in their active days) sold a few thousand records but everyone who bought one went out and started their own band.

Of course, exposure and accolades and influence don’t exactly equal (or guarantee) success and, post-Big Star, Chilton found himself wandering through even smaller circles. He seemed kinda bitter and hard to predict at times (having been spit out of an industry and field that he clearly gave more to than he ever received), as he staggered through occasional, mixed-quality solo projects and, eventually, semi-reunited versions of both the Box Tops and Big Star. And, whether you realize it or not, you probably know at least one of his songs (and maybe two): the Bangles covered his near-perfect sad-love pop plea, “September Gurls” and everyone who ever watched “That ’70s Show” heard the semi-bastardization of his “In the Street” that the show used for its opening theme.

So, I guess the final key question might be this: Is it better to be briefly very successful, but leave almost no lasting imprint on your field or to get beaten up, knocked around, be considered at least somewhat of a failure, yet still be one of the first half-dozen names that gets tossed around as never-forgotten influences? In other words, would you rather be Peter Frampton or Alex Chilton? Even considering all the seventies hair, money and women, I sure know what my answer to that question would be.