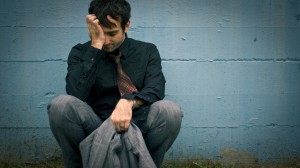 With the ever-present popularity of pseudonyms, group names, side projects and team-ups in dance music, there always seems to be some unknown talent waiting to bubble up to the surface and make a name for himself. Take, for example, Dave Pezzner, half of the funky, unpredictable duo behind underground favorites Jacob London (alongside Bob Hansen)—best known for their lighthearted approach to dance-floor fillers, full of manic energy and hyperactive beats. But then came 2008, and Freerange Records releases “Other Lover” and the “Almost Here EP” from then-unknown Pezzner. Showcasing a deeper, hypnotic approach to house, Pezzner emerged with his own sound, and soon began applying his distinctive touches to high-profile remixes for the likes of Mike Monday, Lusine and, most recently, Milton Jackson and Home & Garden. With this new direction, Pezzner has really hit his stride, and tonight’s return to Smart Bar will be a great opportunity to hear him get deep, with hopefully a load of new material showcased earlier in the week at Miami’s Winter Music Conference. Joining Pezzner on the decks tonight are the ridiculously prolific Johnny Fiasco, and Milwaukee’s reigning queen of house, Fortune. (Duke Shin)