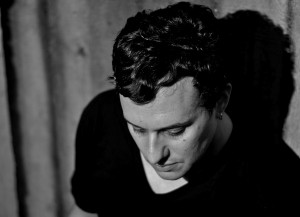 Bryan Zentz, a self-professed studio junkie, has been DJing and producing music since the early nineties. An in-demand remixer, Zentz’s sound has evolved over the years, but always has a strong techno backbone with heavy emphasis on original sounds, rather than sampling. Zentz made a name for himself with several essential acid releases as “Barada”  and his early productions were released on the legendary label Definitive. Zentz also has releases on Primate, Tronic, Richie Hawtin’s Plus 8, and many more. He has generated some brilliant releases in recent years on CMYK and Morris Audio under his stare5 alias, which showcases more stripped-down techno and house-inspired sounds. Zentz returns to Chicago to headline a techno-heavy showcase at Smart Bar. Detroit’s first lady of techno, Punisher, will also be performing. The Smart Bar event will celebrate the sixth release for Punisher’s label, Hej Records. Joining Bryan Zentz and Punisher is Chicago techno don Frankie Vega, who will be playing a birthday set. Chicago-based up-and-comer Jason Dunlap will perform his first hybrid Live PA/DJ set, while Chicago’s Matt Main will take on opening duties. (Elly Rifkin)