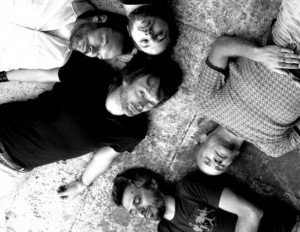 On paper, any band featuring Radiohead’s Thom Yorke and Flea of the Red Hot Chili Peppers will raise some eyebrows. Atoms for Peace, named after a 1953 Eisenhower speech (and one of Yorke’s songs off of “The Eraser”), also features producer extraordinaire Nigel Godrich and go-to drummer Joey Waronker, an alternative-rock supergroup simultaneously capable of being great and terrible. Up to this point, Yorke and his hired guns have only played a handful of shows, sets consisting of “Eraser” material and obscure Radiohead b-sides; Yorke finally having an outlet to perform those songs from his impressive solo record is a blessing, and fans of Radiohead will be pleased. Who knows if there are any plans to record (it’s doubtful), but for the time being, spotting Yorke and Flea in a venue as small as the Aragon will be a unique pleasure—various YouTube clips from the previous concerts certainly show a group of veterans having fun. Maybe they can get one more nineties rock icon to round out the group? Eddie Vedder, anyone? (Tom Lynch)