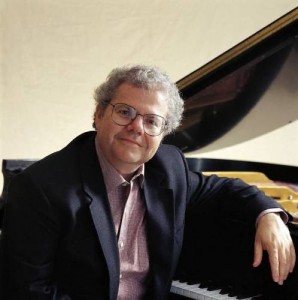 British conductor Sir Mark Elder gave us an extended look at Dvorák last season and has often been an advocate of British music that would otherwise go largely unheard here, so it will be interesting to hear what he will do with a diverse program of more “standard” repertoire. This week’s CSO program features Elder conducting the Overture to Berlioz’ “Benvenuto Cellini,” the opera promised from Lyric Opera for the Berlioz bicentennial, but still undelivered, along with the Overture to Wagner’s “Rienzi,” a work enormously popular in Wagner’s lifetime which he later disavowed after his revolutionary attempt to combine all of the art forms in what he would no longer call “opera” but “music drama.” It remains stirring music, especially in the hands of a great Wagnerian orchestra such as the CSO. The Mendelssohn Fifth Symphony, the “Reformation,” was composed by a Jewish composer in an increasingly anti-Semitic Germany who sought to identify with the Lutheran culture of his homeland; its distinguishing features are the use of the so-called “Dresden” Amen that would later be taken up by Wagner in his last work, “Parsifal,” and Mendelssohn’s use and transformation of the hymn that was the very symbol of Martin Luther and the Protestant Reformation, “A Mighty Fortress is Our God.” Also on the program will be a Chopin bicentennial salute with the Chopin Second Piano Concerto with soloist Emanuel Ax, who came to prominence as the winner of the first-ever Arthur Rubinstein Piano Competition in 1974 in Tel Aviv with Chopin, the composer most associated with Rubinstein, and a stalwart of Ax’s now long and distinguished career.  (Dennis Polkow)