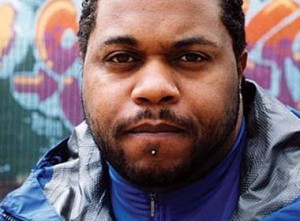 Despite Derrick Carter’s status as Chicago’s biggest current ambassador of house, it’s shamefully easy for locals to take him for granted. But in addition to his seemingly unconscious mixing and uncanny ability to read a crowd,  part of his worldwide success is in no small part due to his partnership with Brit Luke Solomon, and their creation of the legendary imprint Classic Recordings in 1995. Besides their penchant for labeling 12″ releases running backwards from 100 to 0, Classic put out simply great house music, from the delicate textures of Isolée, to the deep, pure thump of Rob Mello, Gemini and Iz & Diz, and even the retro-futuristic bounce of a then-unknown Metro Area. After a decade of many still-memorable releases (“Bushes?” “Lovelee Day?” “You Can’t Hide From Your Bud?” Yeah, we thought so.) Classic sadly went dark in 2005, only to reemerge in 2007, this time retooled for digital releases. And while DC has continued to amaze fans worldwide by being instantly recognizable on the decks (I mean, seriously, how do you do that when you’re just playing records?), Luke Solomon, who’s perhaps just as well known as Freaks (with Justin Harris aka Phillipé Maurice III) and the owner of Music For Freaks, has been taking a weirder, stranger trip, with a recent release popping up on hazy late-late party favorites Crosstown Rebels and getting the remix treatment from Radio Slave. But ever true to his long-toothed roots, Solomon has headed back to the deep end, with Freaks’ most recent “Right Now” release being a partnership with Robert Owen. Reunited tonight for the Classic Recording Company Residency Kickoff, tonight’s show is a definite must for any lover of a good 4/4. Like DC says, “Where U At?” (Duke Shin)