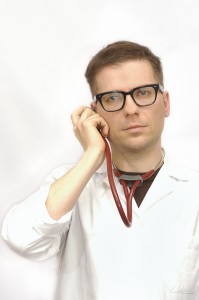 Montreal-based non-profit electronic arts organization MUTEK has enjoyed tremendous growth in its eleven years of operation. What began as a modest and very small-scale performance showcase aimed at a niche market of experimental-music enthusiasts, new-media artists and audiophiles has grown into a globally recognized tour de force. With tremendous contributions to Canada’s sound and visual arts, MUTEK presents the premier cutting-edge electronic-music and arts festival in North America, respected for its avant-garde programming, innovative visual artistry and its many educational panels and workshops. MUTEK now throws several editions of its festival on multiple continents, operates its own record label and promotes its core roster of artists on tours around the world.

A preview of the Montreal festival’s eleventh edition, “Avant Mutek,” is making a tour stop in Chicago for the first time. Headlining are two fantastic artists known for their engaging live performances and their contributions to the evolution of experimental house music. Legendary Montreal producer/DJ Akufen of Perlon fame and Musique Risqueé mainstay Stephen Beaupré will perform at Green Dolphin Street, along with a diverse lineup of local DJs: Leo123 of Dark Party, Meiotic’s Hernan Sanchez and Fear of Music’s Jeff Pietro. Expect the freshest sounds of techno, house, dubstep, electro and more. Meiotic’s Marc Martin, who is co-promoting and organizing the event with Chicago promoters In Your System, React and Swing Shift, says, “Musically, I think we’re giving the people a good idea of the variety they’d get at MUTEK, though we won’t even be close to touching upon the art element of the festival… they have to purchase a flight out to Montreal to get that package.”

Prior to the performance portion of Avant Mutek, event-goers are invited to an Ableton 101 workshop at 7pm, presented by musician and multimedia artist Thomas Faulds and hosted by MacSpecialist. In Your System’s Frankie Vega was instrumental in organizing the workshop, and the large space at Green Dolphin Street provides “a lot of flexibility for implementing a workshop segment to the event,” says Martin, “an element that I’d really wanted to see added.” The workshop will feature interactive demos and professional tips for musicians. Following the workshop, a technology vendor reception will give event-goers a chance to check out rare, custom-built and cutting-edge electronic gadgetry. Here’s hoping that more Chicago promoters will be inspired by the spirit of collaboration and forward-thinking event-planning involved in putting together this unique nightclubbing experience. (Elly Rifkin)