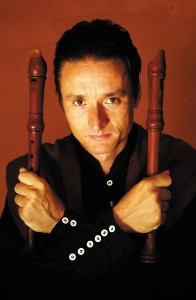 The City of Chicago is already well known for well-established annual music celebrations such as the Blues Festival, the Jazz Festival, the World Music Festival, et al, but if Department of Cultural Affairs program coordinator Helen Vasey has her way, we will soon be adding the Chicago Early Music Festival to that list of annual city events.

“We wanted this to be an Early Music Festival,” explains Vasey, “and not just a Baroque music festival, a period of time that already is represented in what happens around the city.” For Vasey, a British native who specialized in vocal performance back home before coming to Chicago five years ago, the dividing line is 1750, the year of the death of Johann Sebastian Bach. “It is always an arbitrary dividing line,” admits Vasey, “but I think about seventy-five percent of the Early Music community would agree with me about that date.”

This means that medieval and Renaissance music—periods of music history that are seldom represented on local concert programs—will also be well represented, accounting for forty percent of the programming of the inaugural six-day festival.

It was important to Vasey, who also programs all of the Department of Cultural Affairs classical music offerings, that the city work with area “partner” presenters in much the same spirit as the other city music festivals. “There are the ticketed events,” says Vasey, “which are presented by the partners, and the DCA events which, as always, will be free.”

Among the partners participating in the first-ever Chicago Early Music Festival are Chicago Opera Theater, University of Chicago Presents, Baroque Band, International Music Foundation and the Newberry Consort.  Noticeably absent from that list is Music of the Baroque and the Chicago Symphony Orchestra.

“We tried,” says Vasey with a sigh, “but in the case of the CSO, we dropped them a line about what we were doing, but I think it is difficult for these big groups to get involved with something so small. We didn’t want to overwhelm people at first, which is why we kept it to six days. With Music of the Baroque, we couldn’t get together on timing, but I think they want to be involved in the future.”

The real coup was being able to have Chicago Opera Theater’s production of Cavalli’s “Giasone”—being billed as the “Chicago professional premiere” of the seventeenth-century composer’s operatic version of the tale of “Jason and the Golden Fleece”—occur as the climax of the festival as a collaboration with Baroque Band.

“What we tried to do,” says Vasey, “was to work with the partners to have a framework from which we could expand and complement what others were already doing. COT works three years in advance, so that element was already in place. University of Chicago Presents also books way ahead, so that was a given. That got us to thinking, ‘Okay, Chicago needs a festival, this week is the one, let’s get it rolling.’ There was a bit more flexibility with the smaller groups. It is important that we are aware of what is going on, and help what’s going on by supporting it because we want to grow what is happening in Chicago as a whole and shine a light on that.” 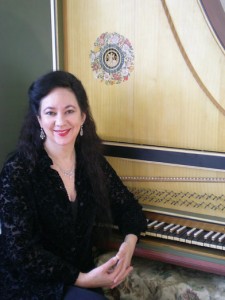 One curious feature of the festival is the use of Millennium Park’s Pritzker Pavilion for some of the performances, with the audience actually sitting on the stage a few feet away from the performers. “At York,” says Vasey, of the British university town where she received her Master’s in vocal performance, “there are important Early Music Festivals there that make use of the medieval cathedrals there. With the Pritzker stage, you have intimacy and yet with the high ceiling, it gives you a sense of a secular cathedral. The big glass doors will be closed, so we don’t have to worry about the weather and you get a very different view of the city looking out at Millennium Park.”

There will also be master classes and interactive classes in performance practices that will teach participants how to sing and dance in Early Music styles. “Nobody needs to know anything to come,” says Vasey. “It simply affords a chance to delve more deeply into the music. You can come to the singing class even if you have never sung a note in your life.”

There are nineteen events across six days, and sixty percent of them are free, though Vasey does recommend making reservations for the classes. In addition to local performers participating, there are also internationally renowned performers appearing as well, including Chicago native and harpsichordist Mitzi Meyerson who lives, teaches and records in Berlin and is making a homecoming appearance at the festival.

“If the festival introduces some new sounds that affect future listening and concert choices,” says Vasey, “that would be an enormous success for a first outing.”

The Chicago Early Music Festival runs from April 20-25 at various venues; visit ChicagoEarlyMusicFest.org for a complete schedule and updates, or call the festival hotline at (312)742-1938.