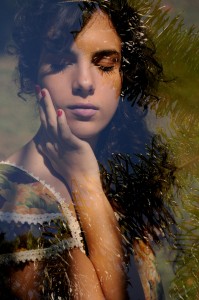 Brazilian singer-songwriter Ceu is making a stop in Chicago in support of her sophomore CD “Vagarosa” (Six Degrees) backed by a solid quartet formed by DJ Marco (sampler, turntables), Ze Nicro (bass), Samuel Fraga (drums) and Guilherme Ribeiro (guitar, keys). Her band has great chemistry together, forming a tight unit that allows Ribeiro to add more texture to the music without leaving any spaces open in the overall sound.

Though she’ll likely revisit a handful of tunes from her first self-titled disc, such as “Vinheta Quebrante” and “Malemolencia,” expect the set to lean heavily on material from the new CD. Among the best moments of last year’s mini-tour were the ballad “10 Contados,” which featured Ribeiro playing a soft accordion that complemented DJ Marco’s soft vocal effects.

It is quite clear that Ceu’s sound has evolved significantly since her debut. She has taken her music in a more soulful direction—evidence of this is the contrast that the new songs have with her earlier hits which had more of a modern São Paulo samba influence. She has really found her voice now, and it’s just a matter of time until she receives the recognition she deserves. (Ernest Barteldes)