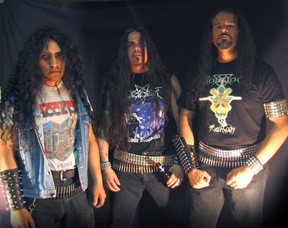 “Everybody knows about Metal Haven, and everybody loves Mark [Weglarz],” says Brendan Joyce of Reggie’s Rock Club. And the way Joyce and Reggie’s owner, Robby Glick, talk it seems as obvious as pairing peanut butter with chocolate. Metal Haven, the long-standing record store, is closing its doors sometime in May, but it’s not going down quietly. “Those guys [Joyce and Glick] contacted me out of the blue and told me that some of my customers approached them about doing a benefit show for the store,” says Weglarz, owner of Metal Haven. “I was actually speechless.” The Metal Haven Farewell Show is now officially set for May 1 at Reggie’s, complete with seven bands. “We put our heads together, and I think we’re going to have a kick-ass show,” says Weglarz. “I want it not to be just a celebration of the store, but the whole scene.” Without citing specifics, Weglarz has hinted at some nice freebies and giveaways that will be going on at the show. It might be a little ironic celebrating the passing of yet another record store just weeks after National Record Store Day, but such has become the nature of the business. “Anyone that’s been in a band or is old enough to be influenced by going to the record store hates seeing what’s come of these stores,” says Glick. (Peter Cavanaugh)