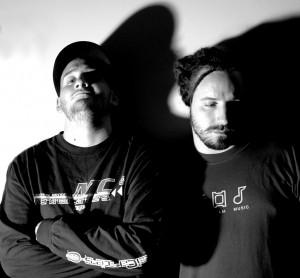 In a scene littered with childish dance songs and simplistic lyrics, Pseudo Slang brings its crusade for honesty and authenticity in hip-hop to Quenchers. Tone Atlas and Emcee Sick’s first project, a compilation of unreleased tracks recorded between 1999 and 2004 called “The Catalogue,” earned the group international praise for its fresh approach to the genre. They signed with Fat Beats Records a year later and released the single “Broke & Copasetic” the next, along with a couple of mixtapes. It would be three years, though, until Pseudo Slang put together a debut studio album, releasing “We’ll Keep Looking” in spring 2009—a testament to the duo’s commitment to providing truth not heard in mainstream hip-hop. The show will be a homecoming for Tone Atlas, who said lyrics on the album were “steeped in reality.” The hometown crowd will definitely appreciate the hard work evident in the group’s sharp, intelligent lyrical content coupled with smooth, mellow, jazz-inflected beats. (Darrel Sangster)