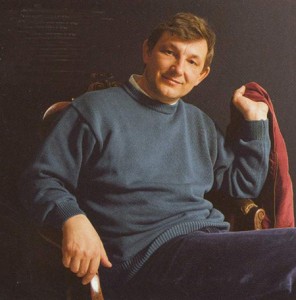 Years ago when I asked a former Chicago Symphony Orchestra manager why we didn’t hear more early music conductors leading the CSO, I was told that most had poor baton technique. Of course, given that the stand-up conductor with a baton was a late innovation during the eras that constitute early music, many early music conductors conducted—as was often true then—within the ensemble itself.

For Trevor Pinnock, the founder of the celebrated and pioneering British early music ensemble the English Concert, that often meant doing so from the harpsichord. There will be no harpsichord at this week’s CSO concerts, where Pinnock will make his long overdue CSO debut, though he has been to Chicago before with the English Concert and the experience was indeed a memorable one.

This Haydn-heavy program includes the Overture to his opera “The Desert Island” and the Cello Concerto, with Russian cellist Pavel Gomziakov also making his CSO debut, along with Fauré’s orchestral suite “Masques et bergamasques” and the monumental penultimate Mozart Symphony No. 40 in g minor, K. 550.  (Dennis Polkow)