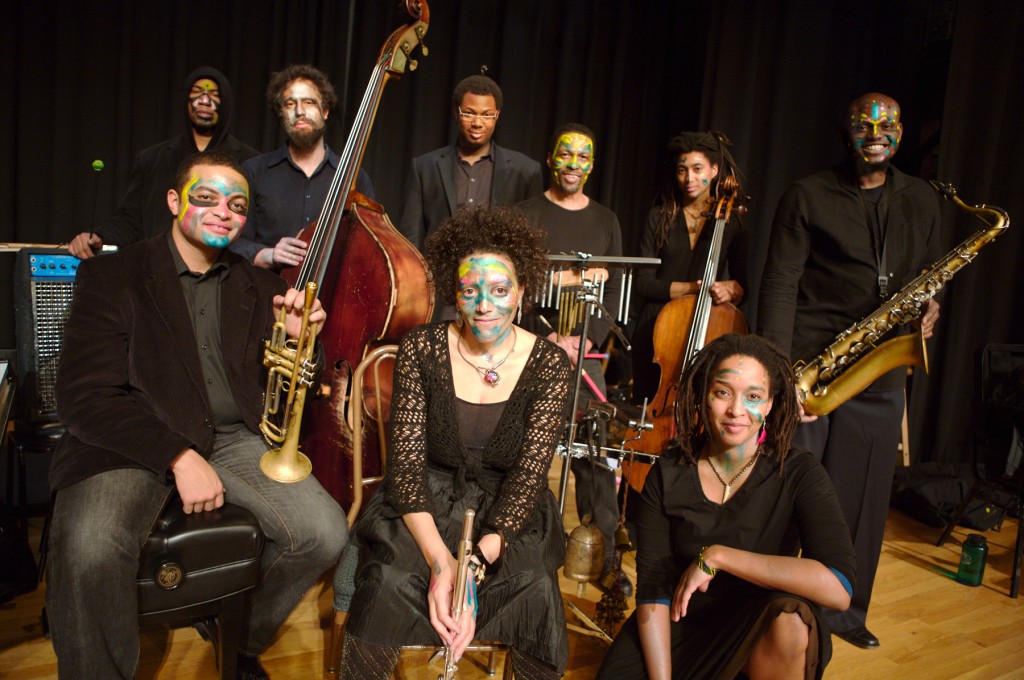 “So much of my music has been joyous and celebratory,” admits composer, flautist and Black Earth Ensemble founder and leader Nicole Mitchell, “that I wanted to challenge myself to explore another side of the human experience.”

Above all, Mitchell hopes that her new nine-movement piece “Xenogenesis Project: Intergalactic Beings”—which will have its world premiere Friday night at the Museum of Contemporary Art and is based on the science-fiction writings of Octavia Butler—will be, like the works themselves, “disturbing,” Mitchell admits, with the high-pitched tittering giggle of a schoolgirl who is getting ready to pull off a huge prank.

Mitchell admits that she is a “sci-fi baby,” that her father wanted to name her Nichelle after Nichelle Nichols, the African-American jazz singer who went on to portray communications officer Lieutenant Uhura aboard the USS Enterprise on the original “Star Trek” television series. “He settled for Nicole instead of Nichelle,” Mitchell admits, “because Nichelle Mitchell would have been a real tongue-twister.”

Despite Nichols’ television role having been so groundbreaking in its day that Martin Luther King Jr. persuaded her to stay with the show when she was thinking of leaving because of the doors the role was opening for African-Americans, Mitchell admits that there have been few African-American science-fiction authors.

“Octavia Butler is one of the few, and she has created a body of work that pulls from the past and also reveals a lot of important social issues in our present while creating these new situations, environments and narratives of the future,” says Mitchell. “I have always been fascinated with her work.”

“Her work is very disturbing,” Mitchell continues. “It takes you out of your comfort zone and challenges you to look at the present reality in a different way. It challenges you with emotional experiences in the process of her storytelling.”

“Intergalactic Beings” is based on Butler’s three-book “Xenogenesis” series that begins with human beings destroying the Earth through nuclear war. This is the second piece that Mitchell has composed related to the series, the first her 2007 work “Xenogenesis Suite.”

“In this piece,” says Mitchell, “extraterrestrials come to not only save the planet, but also to begin saving a collection of humans to bring them on their spaceship to heal them. But at the same time, these are very intelligent beings that are paternal and have their own agenda for us, which is that they want to breed with us.” 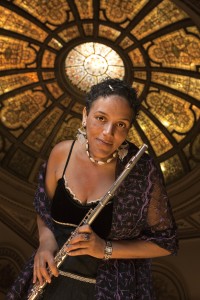 The aliens are fascinated with the potential of humans and with human creativity and intelligence, but are confused by, as Mitchell describes it, “our lack of holding life sacred and our destructiveness. It is the irony of the human spirit that we have this ability to be so creative but at the same time, we have something in us that makes us self-destructive.

“The take of the aliens is that we are committing suicide as a human race because, in reality and biology, we’re all one people. So she’s causing us to question the separation of race and culture and differences that we will use as an excuse to fight, abuse, torture and kill one another when in fact we are all one species, really. From an extraterrestrial perspective, that is very easy to see, but as humans, we can’t see it.”

Part of the “disturbing” and “horrifying” side of the story is that from the human perspective, the aliens are not particularly attractive, using tentacles to caress their human prey and “though they are extremely intelligent,” says Mitchell, “they have not quite mastered the art of sensuality.”

The word that Mitchell coined to describe this alien-human interaction—which she sees as in part echoing the African-American experience of enslavement—is “subduction.”

“Being subjected, being abducted, being seduced, submitting, and even suction, because the aliens have tentacles all over their bodies related to how they make love.”

Though two movements of the nine-movement piece have lyrics, a vocalist is used throughout much of the rest of the piece to represent the various emotions that are experienced. “There are crying sounds, baby sounds, sounds of surprise, fear, all of the universal things that can be communicated without words as another language to communicate with aliens.”

Mitchell attempts to explore all of these themes: rebellion, resilience, sensuality, in her musical portrayal as an “emotional landscape for creating. Of course, I am rebelling from this idea of jazz being a ‘feel-good’ music and trying to take the audience for a roller-coaster ride.”

Part of the process has been, Mitchell admits, “taking the musicians out of their comfort zone.” “I have a short text to go with each movement,” she says, “a visual narrative of what each movement is about that often requires the performers to go against their natural instincts. ‘Are you sure this is what you want?’ I would hear. Much of it goes against classical ideas of pitch and timbre, and against jazz concepts of rhythm and time. Sometimes things are perverted and nasty, and we even have unexpected humor in some places.”

As to why there has not been more previous interest in the African-American community in science fiction as a genre, Mitchell notes that there has been a tendency to  “bring a light to our history, and to reflect. The history itself is so very little recognized that it needed to be brought to light. There has been the social challenge of ‘This is what’s wrong with our society now,’ present, direct reality as it is, rather than an emphasis on imagination and fantasy. That has left very few that take on the job of being visionary and looking beyond what is, to what it can be like.”