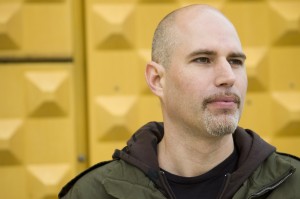 On the heels of their successful collaboration for Avant Mutek featuring Akufen, Chicago promoters Meiotic, In Your System, and Swing Shift are presenting another not-be-missed event at Green Dolphin Street. This week’s special guest is minimalist pioneer Daniel Bell, also known as DBX. The legendary producer’s last Chicago appearance was two years ago when he DJed at Smart Bar. A vinyl enthusiast with exceptional taste and impressive technical skills, Bell has a widespread appeal that makes him a favorite among Chicago’s house and techno lovers. Blending tracks for minutes at a time, you’ll hear him deftly weave the deep, sultry sounds of house with touches of European and American techno into one perfectly programmed set. Joining Bell is Justin Long, one of the hardest-working and most entertaining DJs in Chicago. Meiotic’s Matthew Martin will also DJ, and In Your System’s Frankie Vega and Johnny Armstrong will join forces for a tag-team set. (Elly Rifkin)