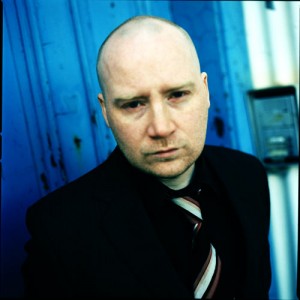 Icelandic composer and musician Johann Johannsson, a go-to guy for ambient cinematic soundtracking and a master of musical flight, expands his sonic palette with “And In The Endless Pause There Came the Sound of Bees,” the music he created for Marc Craste’s short film “Varmints.” Johannsson’s blending of string-laden classical music with carefully nuanced IDM computer tricks makes his material both vintage and urgent. Tonally, the Sigur-Ros-with-a-hangover sweep never lets you down. While “And In The Endless Pause…” is undeniably gorgeous from start to stop, Johannsson’s previous record, 2008’s “Fordlandia,” drunk with catharsis and dreamlike chill, remains his pristine achievement. The title track from that record will make your senses tingle—a standout classical composition, dotted with overblown, distorted synth-winking, commands attention for its entire eight minutes. The song’s companion, “Fordlandia—Aerial View,” found later in the record, is its somber coda. Only from Iceland this could come. While stunning and immaculate, this could be dangerous to see live if you’re forced to stand. I recommend lying down, if at all possible. (Tom Lynch)