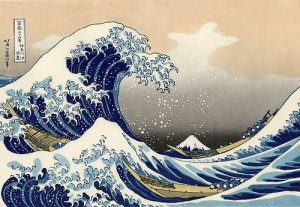 The CSO has been plagued by cancellations lately, the latest being Finnish composer/conductor Esa-Pekka Salonen who was to have participated in this week’s “Beyond the Score” examination of Debussy’s three movement “La mer” (“The Sea”) but who withdrew for “personal reasons.” Salonen did appear with the Cleveland Orchestra as planned recently, which only ups the intrigue, since he was already in the country. That’s a pity, for “La mer” is a Salonen signature piece, and this entire program was built around his long association with this work. Those interested in the specifics of his insights and approach can check out a DVD he made a few years back when he was still music director of the Los Angeles Philharmonic where he prepares the work in rehearsal and offers the kind of keen insights that both a composer and conductor would notice. Ludovic Morlot is the replacement apparently with the thought that a French conductor is suited to conduct French music.

Note that the Friday and Sunday afternoon concerts only include “La mer” as the last of the “Beyond the Score” multi-media series of the season, but that the Thursday and Saturday night performances also include the bizarre warhorse addition of concertmaster Robert Chen as soloist in the Tchaikovsky Violin Concerto along with Czech composer Bohuslav Martinu’s rarely performed “Frescoes of Piero della Francesca,” a three-movement visualization of Francesca’s cycle of frescoes “A History of the True Cross” which so impressed Martinu that he wrote this piece for fellow Czech conductor Rafael Kubelík in 1956, ironically three years after Kubelík had been booted out after a memorable-but-controversial short tenure as CSO music director.