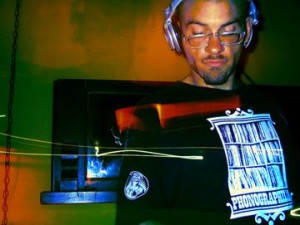 If you think spiritual community and musical entertainment are a strange coupling, we probably wouldn’t blame you. But the open collective known as Brilliantly Mad has been trying to do just that over the last twelve years, initially through publishing, but evolving over time to private events. But in partnering up with BodElectric (house veteran Soul Foundation’s more eclectic outfit) to throw Synergism, the two groups are hoping to “find balance between the body, mind and spirit of Chicago,” using the talents and energies of musicians and DJs, along with live art, body painting, acro yoga and belly dancing performances and much, much more, starting with an opening Vinyasa yoga session. While this all sounds enlightening, what if you’re merely along for the ride with your yogi, poi-spinning better half? Well, no worries, there. With DJZ , Puffs Baggswelle x Psy-phi, Nag Mani (live), BTMG (live), BRC & RM and Nate Manic tending to the music, there will be deep, uplifting and techy, quirky house, electro house, and late night dubstep sounds until 5am, no matter whose shakra is retrograding your downward dog. Also featured: live video mixing, healers, love guides, art installations and a fashion show. And gift bags for the first 100 RSVPs. Whew! (Duke Shin)