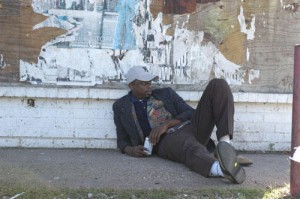 In some law benders’ books, April 20, aka “Weed Day,” is considered a sacred holiday. Houston rapper Devin The Dude celebrated by releasing the aptly titled “Suite #420.” With tracks titled “We Get High,” “Ultimate High” and “All You Need,” and rhymes like “sit back and roll one and enjoy yourself” laced over psychedelic beats, Devin definitely doesn’t attempt to hide his love of a certain herbal activity. “Suite 420” is simply a continuance of the casual, spacey, almost comical style Devin has come to be known for. In an R&B parody from his 2008 release “Landing Gear,” Devin soulfully lets listeners know he “tends to stray from stupid bitches.” But it’s not always goofy rhymes about women and drugs for the mellow underground artist. “I Need A Song” features Devin pleading for a song to help him through his days and nights, laying out a love for music most everyone shares. Although most of the content on his latest effort may only appeal to the stargazing segment of the hip-hop faithful, there’s a reason Devin The Dude’s last five albums have reached top 20 status on the Billboard charts. (Darrel Sangster)