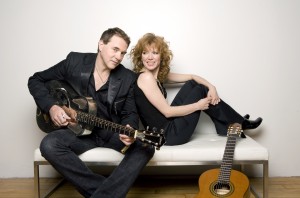 Letters can be powerful things. They are personal and often revealing, but who knew they could generate an entire disc of blues tunes? But that is exactly what happened when Foley and Karp began exchanging letters after having collaborated on a still-unreleased song. The letters and email messages they exchanged were turned into music, and before they knew it they had enough material for an album—which they decided to record together.

The songs speak about the loneliness and isolation of being working musicians constantly on the road, and also about love. An example is “Treat Me Right,” a powerhouse blues duet that rants against a lover who is unable to step up to the plate. Also impressive is “Lost In You,” a gentle love ballad on finding romantic bliss. Foley and Karp have great chemistry together (at least judging from their YouTube videos), and if they sound half as good live, it’s one not to want to miss. (Ernest Barteldes)