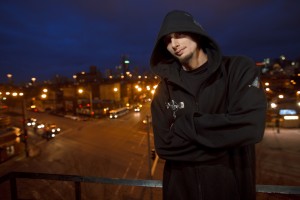 “We’re on there with the Kaskades and the Heathers—that certainly wasn’t lost on me,” remarks Vic Holloway, better known as Chicago’s Phaded. Calling it “both exciting and humbling,” Holloway is discussing Smart Bar’s historic addition of two dubstep DJs—he and Chris Widman—to its traditionally house-heavy resident roster, a move that signals the venue’s commitment to underground sensibilities. That the term “underground” is more cliché than defining adjective is beside the point. Gone are the days when rave-goers lamented electronica’s march into nightclubs and properly administrated venues. What remains is the will to foster a range of musical experiences for new generations of club-goers and Smart Bar’s Nate Manic is happy to oblige.

He quickly acknowledges the obvious surge in attendance at dubstep and West Coast glitch events, surges that bring fringe artists, such as Major Lazer and Rusko, to the stage of the Metro. According to Manic, “our dubstep nights have been fantastic lately, and some Thursdays are better than Fridays and Saturdays.

“It’s all really coming up in Chicago: many artists breaking out and people are excited. We just wanted to keep the tradition of Smart Bar pushing the envelope, keeping current.”

The nod to Chicago’s hardly burgeoning dubstep community is not so much a step away from the venue’s staunch support for house and techno, but interesting music is interesting music and, as Manic points out, “dubstep is bringing the youth out.” 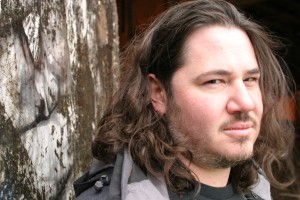 Those of us raised on a steady eighties and nineties diet of house and techno are no longer the target demographic (that golden range of 18-24 years) and, admittedly, are not going out as much. However, scan the crowd at a dubstep event and witness a passion that hearkens back to a time when Derrick Carter still worked at Gramaphone and raves were a weekly ritual.

Manic asserts he is merely formalizing what his predecessor, James Amato, began with Thursday events featuring local drum ‘n’ bass and dubstep artists. Smart Bar, he attests, “is just acknowledging that, musically and artistically, Vic and Chris are killing it. They are working hard and playing all over the Midwest.”

Manic is referring to Widman’s Quadratic project (with Colin Harris) and the juggernaut popularity of Phaded’s live performances. These efforts were made possible by Widman’s involvement with the seminal Abstract Science radio program on Chicago’s WLUW 88.7 FM, and Phaded’s role with Dubstep.fm and Subfix. As established champions of obscure sounds, they introduced legions to elements of dubstep and glitch and worked feverishly to bring globally recognized artists to Chicago venues.

For Phaded, the residency represents progress within the North American dubstep community more than any recognition of his personal efforts. He stresses that “dubstep hasn’t just come of age,” and references the techno-driven sounds of Distance and Caspa’s R&B-fueled crowd-pleasers as examples of its versatility.

Widman agrees, noting that dubstep is “a bridge to all the electronic music that’s around now.” Reminiscent of Roni Size and Reprazent’s line-blurring approach to drum ‘n’ bass in the late nineties, and the ubiquitous drum ‘n’ bass remix on singles from David Bowie and Depeche Mode, dubstep’s core elements grab people on the dancefloor and provoke a sort of carnal movement, particularly when assisted by Smart Bar’s sound system.

“People see it as a bellwether of the scene on a national level,” says Widman, pointing out the venue’s opposition to exclusionary aspects of Chicago club culture (e.g., dress codes and bottle service) and its dedication to cutting-edge electronic music.

Both Widman and Holloway look forward to the opportunities this residency affords them, particularly the increased awareness garnered for dubstep and other leftfield genres.