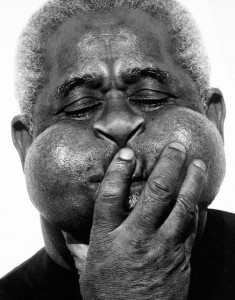 Miles Davis put it best: “The history of jazz can be written in three words: Louis and Dizzy.” The bebop revolution that John Birks “Dizzy” Gillespie brought forth with Charlie Parker in the late 1940s and early 1950s that sought to make jazz music abstract and “cool” rather than the dance-like “hot” of the swing era is one that, like the British Invasion of the 1960s, set a new template for music and popular culture that continues to resonate decades after the fact.

In 1989, Panamanian pianist Danilo Pérez became the youngest member of Gillespie’s United Nations Orchestra, a unique collective that sought to bring together the best jazz players to tour as official ambassadors of the United Nations, regardless of nationality. With Gillespie’s huge interest in Afro-Cuban music, there was always a high percentage of Latin musicians amongst the personnel, many of whom, like Pérez, have gone on to become important jazz artists in their own right.

Inspired by both the bebop and Afro-Cuban music revolutions that Gillespie generated, Pérez has put together his own “21st Century Dizzy” collective that attempts to ascertain what Dizzy’s music would sound like in a new century, a new millennium. Gillespie himself died in 1993, but was playing music that was always looking ahead, rarely back, right up until the end. In that same spirit, Pérez has assembled an all-star international band that includes Puerto Rican tenor saxophonist David Sanchez, Indian alto saxophonist Rudresh Mahanthappa, Lebanese percussionist Jamey Haddad, Iraqi trumpeter Amir ElSaffar, American bassist Ben Street and Puerto Rican drummer Adam Cruz.

The repertoire will include new arrangements of classic Gillespie tunes as well as original group compositions written and arranged in the spirit of continuing on Gillespie’s cutting-edge vision, one so dynamic and forward looking that we have yet to catch up with it. (Dennis Polkow)