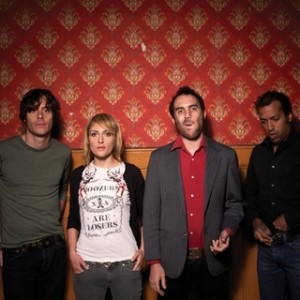 In the last decade, Emily Haines has lent her pop-friendly voice to Broken Social Scene and to her solo 2006 record, “Knives Don’t Have Your Back,” pumping up her profile to the point that it was easy to forget Metric, her initial project with fellow Broken Social Scenster James Shaw. The Canadian quartet’s last release, 2009’s “Fantasies,” reminded just how potent and reliable the group’s power pop was earlier in the decade, when it produced rough-around-the-edges new wave on 2003’s “Old World Underground, Where Are You Now?” The band has since embraced slick, studio-powered pop, where the fuzzy distortion and euphonic synthesizers better complement Haines’ appealing, breathy vocals. It’s not at all surprising that “Fantasies” lead single “Help I’m Alive” has made the jump to commercials and background music for sitcoms—Metric’s clean, sharp tone is precisely the kind of indie rock that deserves a chance to delight mainstream audiences. (Andy Seifert)