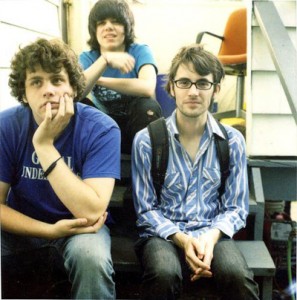 The blood-curdling vocal howl Marissa Paternoster displays on Screaming Females’ excellent track “Bell” could be the most striking female vocal performance since Kathleen Hanna sang “Rebel girl you are the queen of my world.” Her guitar virtuosity on the song’s solo is a huge bonus. The New Jersey trio has garnered much acclaim for “Power Move,” the band’s third record, after an early career making a name for itself in various New Brunswick basements. This band is a beast—punk-rock vitriol peppered with riot-grrl flair, “Power Move” blasts off from its first note and doesn’t dream of looking back. Paternoster often draws comparisons to Yeah Yeah Yeahs’ Karen O, but the frayed edges of Screaming Females keeps the band more interesting than that. (Actually, there’s more Corin Tucker here than anything else, and as someone who misses Sleater-Kinney and those good ole days, “Power Move” makes me smile from ear to ear.) Live, Screaming Females torpedos the room. Tonight they play in support of a new compilation of early seven-inches. Work up the courage to get up close—you want to take in every bit of Paternoster’s guitar chops. (Tom Lynch)