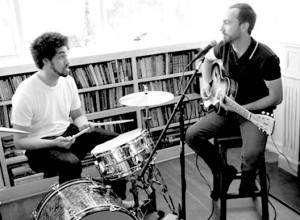 Broken Bells—the new project of Shins’ frontman James Mercer and Gnarls Barkley producer Danger Mouse—is one of those unexpected, sort-of-bewildering collaborations, two seemingly exclusive entities attempt to mesh aesthetics, that turn out to be precisely what the other needed. Danger Mouse’s neo-soul/psychedelic production is a much more natural fit to Mercer’s currently weary pop than anticipated, and while the duo’s self-titled debut may have been reduced to the second tier of anticipated releases in the middle of a strong year for music, it’s still a tight, well-executed collection that subtly impresses. Broken Bells lets its intricate, deeply layered production wrap around Mercer’s swooning vocals, changing up its arrangements depending on how playful, menacing, or woeful the song wants to become. To the group’s credit, the effort never comes across as merely “The Shins: remixed.” Opening is San Francisco’s The Morning Benders, an up-and-coming group that makes sometimes hazy, sometimes piano-thumping sixties sunshine-pop—well worth showing up early. (Andy Seifert)