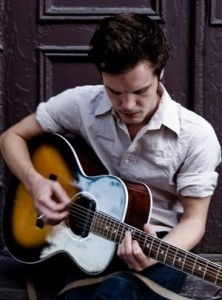 Swedish singer-songwriter Kristian Matsson, or The Tallest Man on Earth, may trick some into thinking he’s from the backwoods of West Virginia, with his nasal twang and fluent acoustic-guitar picking. “Shallow Grave,”Matsson’s 2008 breakout record, is a staggering endeavor comprised of the songwriter’s deft guitar-work and down-home lyrical storytelling; Matsson’s ability to seamlessly shift speeds and styles of finger-picking mid-song takes your breath away at moments. His new record, titled “The Wild Hunt,” works in almost exactly the same way, a lone man with his gee-tar and that strange and wonderful voice. He sounds like the Mountain Goats’ John Darnielle a little—or the way Darnielle used to sound before he reduced his output to whispers.  (Tom Lynch)