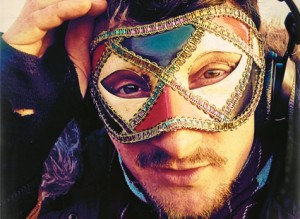 If you had never heard of DJ Koze, his relative dance floor anonymity might have been lost last year, when his track “I Want To Sleep” topped Resident Advisor’s poll for 2008’s top track (Koze also had two tracks pop up in this year’s Best of 2009 list). What makes his sound so appealing, is his confidence in his own ablility to start with a deep, sexy backbone of deep house and techno shakers, sophisticatedly lowered BPMs and gentle rhythms—and trash the piss out of it with pots, pans, clicks, whirs and, literally, the kitchen sink. His approach to remixes only further showcases his unique gift for making noise danceable, and keeping things manic without pitching up. Take for example, his twisted, masterful sub-120 retreads of Gomma’s Danish dance band WhoMadeWho, post/math/whatever-rock of Battles and techno-crooner Matthew Dear. Perhaps his affinity for gumming up the tempo has its roots in his previous life as part of a popular German hip-hop group in the nineties. Koze cites his turn to techno partly on his preoccupation with both acid and house from Chicago, and the experimentationalism of Warp records from London. DJ Koze’s DJ sets have been heralded as all-encompassing romps that combine deep techno and house cuts with occasional turntablism from his hip-hop past. Tonight, he’ll make his anticipated Chicago debut. (Duke Shin)