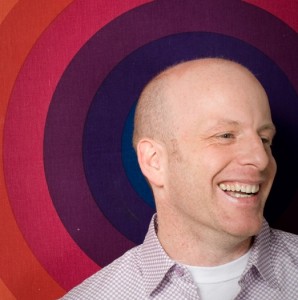 If the story is true, former Six Finger Satellite John Maclean was pushed back into music by his buddy James Murphy who, after hearing his new sounds, wondered if “John” should change his name to “Juan” (after Detroit techno legend Juan Atkins). John/Juan’s band, The Juan Maclean, would work out just fine as the second-best-known band from team DFA, but change over time, from a band based on instrumental freakouts, to a more dance-floor-friendly outlet fronted by LCD Soundsystem keyboard/vocalist Nancy Whang (the coolest chick in dance music?), relegating the mercurial Maclean to Vince Clark duties. As a band, the Juan Maclean seems a funny middle ground between the disco and techno factions competing for the crown of “still relevant.” This is evidenced on the recently released Juan Maclean DJ Kicks compilation, which has Motor City legends like Rick Wilhite and Theo Parrish rubbing elbows with the skinny-jean sound of Still Going and Shit Robot. For such a temperamental guy, Maclean sure seems to want everyone to get along! Perhaps that’s best, as the Happy Daze BBQ kicks off at 6pm and also includes co-headliner DJ Falcon of the Daft Crew, and talented—and varied—locals, from fidget buzz saws Santiago & Bushido, to Greenskeepers, Dark Wave Disco, Gramaphone’s Michael Serafini, Diz, Justin Long, and quite a few more. And yes, as a BBQ, there will be free summer grill favorites for early attendees. (Duke Shin)