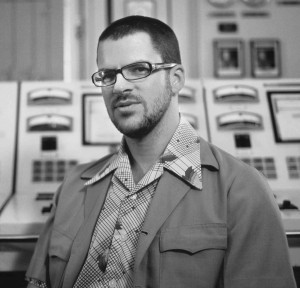 Recloose is in town this weekend, providing Good for Party and Funky Buddha Lounge with topnotch grooves for the launch of the new monthly event, Galore. Regarded as a “party of excess,” Galore outfits the newly remodeled venue with a musical range spanning funk to retro, and a fashionable array of sexy hosts and dancers.
The sound of Recloose is an amalgam of jazz and house music refined over his eleven-year career. The fusion of bass-heavy rhythms and techno’s sultrier elements deliver an experience that simultaneously targets the dancefloor and headphone sets. Recloose descends on Chicago fresh from a main-stage performance at his native Detroit’s Movement music festival. After moving to New Zealand in 2001, he swiftly set up shop, performing at well-known venues, establishing the Hit It and Quit It podcast/blog, and winning the Tui award in 2008 for his album on Sonar Kollectiv. He’s joined on the decks by Chicago’s own Rene Romero and Zebo. (John Alex Colon)