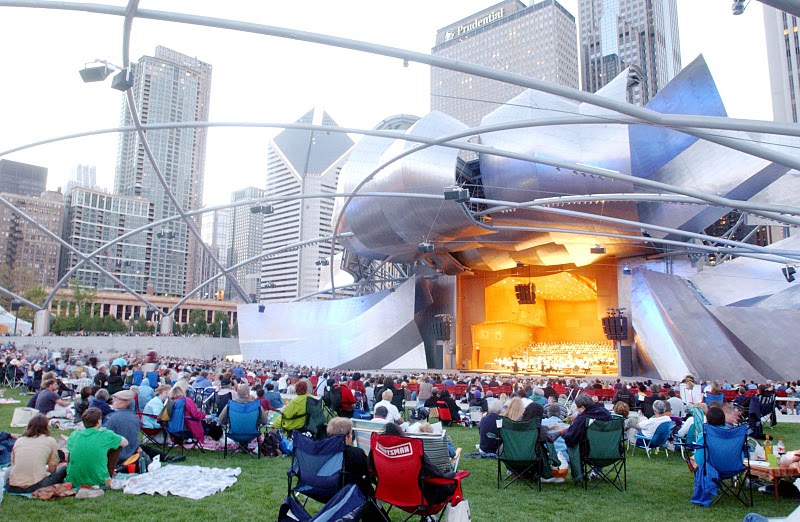 “It’s true that artistic programming is not in my professional background,” admits new Grant Park Music Festival executive director Elizabeth Hurley, “not to be confused with the actress,” she adds, tongue-in-cheek. “But I have worked for two of what are arguably the very best performing arts organizations in the world,” she is quick to add, “and I’ve had my share of interactions and relationships with music directors and performers. I certainly have a point of view and my own personal taste and ideas.”

Hurley was the Chicago Symphony Orchestra’s Vice President for Development for five of her sixteen years working there, through 2005, and more recently held a similar position at the Metropolitan Opera in New York.

It says a lot about the shifting of sands in the current troubled economic climate that a major performing arts organization would choose someone whose professional background is that of a fundraiser rather than that of an artistic planner, the primary strength and background of Hurley’s predecessor James Palermo.

Palermo, who served in that position for fourteen years and followed in the footsteps of Steve Ovitsky and Edward Gordon, who were also primarily programmers, left to head up the Colorado Symphony Orchestra. All three are credited with bringing enormous artistic innovations to the Grant Park Music Festival and made it the envy of arts organizations across the globe with its constant push to spotlight American music and present significant premieres rather than the usual summer warhorses. Is that format in danger of disappearing now that a career-fundraising guru is at the helm? 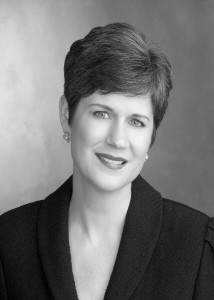 Hurley also points out that the 2010 season was already in place when she arrived and that “Carlos [Kalmar] is really the person who leads our artistic programming here. His title is principal conductor and together with Christopher Bell, our chorus director, we’re so fortunate to have both of these leaders. They’re young, they’re dynamic, they’re collaborative, they love Chicago, they love the festival, and they have a lot of energy around it.”

This, too, represents a change in the basic modus operandi of the Grant Park Music Festival, since the Festival has never had a “music director” in the formal sense of a conductor who plans a season and has an overall vision for the festival, work that previously always fell to the artistic director. Even Kalmar’s current title of “principal conductor,” a position he has held now for ten years, reflects what has been his actual status, at least up to now.

What does Hurley see as her strengths and her role within, in essence, the new position of “executive director?”

“I am a strong manager of organizations, process and people and I think the festival can benefit from that. We do have to raise over two million dollars a year, which by some standards is not a lot of money, but it means everything to us. We have to bring that in and know that we are going to bring that in, and on an annual basis.”

After assuming the position last December, Hurley was quick to start the membership campaign “a little earlier than normal, in January, maybe earlier next year.” She would also like to see the Festival making its artistic plans further in advance, which is the way classical music is presented in most other major performing arts organizations. “We raise and spend everything that we have in a twelve-month period,” says Hurley, “so I have already said to Carlos and to Christopher to start thinking about what you want to do next year, and even the year after, and the year after. If you have really big plans, talk about them now and let’s figure out what it is going to take to produce that so that we can make that happen.

“2012, for instance, is the fiftieth anniversary of the chorus: what are we going to do to mark that? Who do we need to engage for that and how do we pay for that? That is what I see as my job: mapping the strategic future of this organization in collaboration with Carlos, with Christopher, with our staff, our board of directors, all of whom are very engaged and devoted. My role is pulling together people to articulate that, having a voice in that myself, of course, and creating a plan for supporting the goal.”

Hurley also mentions that she had served on the search committee that brought Deborah Rutter, the current CEO, to the Chicago Symphony Orchestra. Asked what she was looking for in that process, especially since Hurley herself now has a similar position, her tone becomes defensive and agitated, saying, “I really don’t think I should get into that.”

“They were all very creative, strategic-thinking leaders.”

The Grant Park Music Festival opens its 76th season at 6:30pm June 16 and runs through August 21 in Millennium Park’s Pritzker Pavilion. As always, all concerts are free.