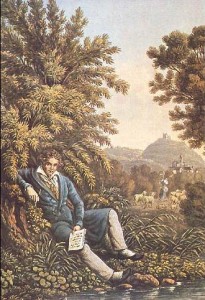 Those lucky enough to have heard the debut concerts of the CSO’s Beethoven Festival last week heard something very special indeed as the orchestra offered some of its best playing for outgoing CSO principal guest conductor Bernard Haitink of his entire tenure here. Particularly gratifying, whether by accident or design, was the noticeable absence of some of the most conspicuous principal players who have routinely blighted concerts under the Haitink era as their skills have deteriorated. Haitink uses a mid-sized orchestra and offers some surprising tempos, much more moderate than you might expect for some of the uptempo movements and brisk, indeed, sometimes almost breakneck, during moderate and slow movements.

This week Haitink and the CSO turn their attention to two groups of symphonies: Nos. 4 and 6, the “Pastoral,” and Nos. 1 and 7. Beethoven’s First Symphony has often been described as “Haydnesque,” and while it is the most conventional of his symphonies, from its opening chords we are in a different sound world than the symphonies of Haydn, or Mozart, for that matter. It is a shame that we are hearing it so late in the cycle where its full impact is diminished; it would have made far more sense to present Symphonies 1 and 3 in the first program, 2 and 5 in the second, and then 4 and 6, which are being paired together, and then 8 and 7, with the Ninth on its own, as it will be next week.

The Second and Fourth Symphonies go underappreciated because their successors are so iconic, but each stand on their own wonderfully well. And of course, Walt Disney’s “Fantasia” aside, Beethoven wrote the most significant piece of programmatic music with his Symphony No. 6 the “Pastoral” symphony, a work that attempts to give us an aural portrayal of nature as Beethoven perceived it, from a sunny day in the fields to a rain and thunderstorm vividly portrayed in the score.

The Seventh Symphony has the distinction of being the only Beethoven symphony that Bernard Haitink ever performed with the CSO before this festival, in his first concert with the orchestra back in 1976, and again early on in his tenure as principal conductor. If the pattern that Haitink has established during the festival holds true, expect a faster funeral march but a slower finale.  (Dennis Polkow)