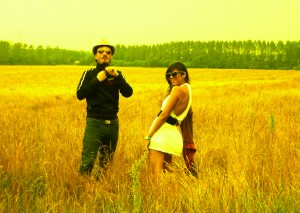 “Colombian music is about to burst and become what Cuban and Brazilian music is in the U.S.” says Amor Montes De Oca, the executive director of the first annual Chicago Colombian Music Festival. The festival takes the form of a month-long series of musical showcases (twenty-nine in all are scheduled for July), spread out among a variety of indoor and outdoor venues across the city.

It just may be the most ambitious Latin cultural event of any kind attempted in Chicago for well over a decade. And surprisingly, this sprawling festival was initially conceived only a few short months ago.

“I was on the phone, walking my dog when he told me about this idea he had,” Amor recalls with a laugh. “And when Leo gets an idea he doesn’t let it fester, he makes it happen.”

The “Leo” she speaks of is Leo Suarez, owner of restaurants Las Tablas and Macondo. Suarez hopes to elevate the profile of Colombian music in Chicago the way he has for the nation’s food with his restaurants. With 2010 marking the bicentennial of Colombia, there is an added special element to the festival’s timing.

The plan is to make Colombian culture and music ubiquitous and accessible in Chicago for one month and appeal to both Latinos and non-Latinos. “It was about providing people an opportunity to stumble upon it. We chose to use so many venues because then people could even just be passing by, feel attracted to a beat, be curious and check it out,” Amor says. 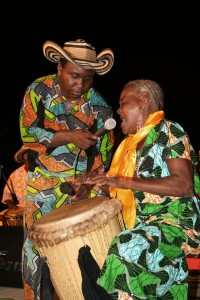 “We wanted to reach as many corners of the city as possible, make it accessible and reachable to as many people as possible and appeal to families as well as the nightclub goers. We wanted to be as inclusive as possible so there are free events and learning opportunities. I believe this is really going to help change the general perception of Colombia and change the stereotype of it just having coffee or other substances. That’s not an easy task but Colombia is a very culturally rich country.”

The organizers believe that substance will set them apart and attract people, even on short notice during a busy summer season. As Amor points out, with winters being so long in Chicago, summer goes by fast and there are many different diversions and attractions competing for area residents’ attention.

Groups playing the festival come from around the U.S. as well as Colombia and types of music represented include salsa, cumbia, vallenato and more. Organizers do not seem afraid of controversy, either.

Most countries have race issues and in most Latin American countries, one of them is that the official stance seems to be one that ignores history and pretends that indigenous people and people of African descent have never existed despite centuries of systematic violence and abuse stemming from Eurocentrism.

A group that will not be performing at the festival still says a lot for the intentions of the festival’s organizers. Alegres Ambulancias were scheduled to open the first two days of the festival, including what would have been their North American debut in the Pritzker Pavilion at Millennium Park, but at press time were not able to secure visas.

“[We] are not doing anything that isn’t meaningful. Nothing is by accident,” Amor says. “It would have been very meaningful to have them open up the festival. Leo wants to show context. It isn’t just about music and how it sounds, it is about where this music comes from, how it came to be and the people behind it.”