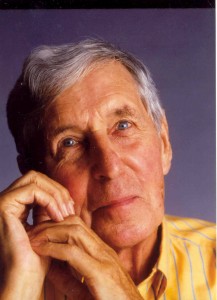 British composer Sir Michael Tippett used to be a regular visitor to Chicago back in the days when then-Chicago Symphony Orchestra music director Sir Georg Solti would champion and perform his music and even managed to commission a piece from him, a 1991 CSO centennial work called “Byzantium” which the world-premiere forces even recorded.

Lyric Opera music director Sir Andrew Davis picked up the Tippett mantle since arriving here in 2000, spearheading the Chicago premiere of Tippett’s opera “The Midsummer Marriage,” a work ignored during Lyric’s longtime “Toward the 21st Century” initiative and which was given a 2005 premiere so long overdue that its composer, who died in 1998 at the age of 93, was no longer alive to experience it. The difficulties in mounting that production were so immense that Lyric lost its lead tenor and its director, none other than Sir Peter Hall, along the way.

Six months earlier, Davis had led memorable CSO performances of Tippett’s best-known and most loved work, “A Child of Our Time,” which the Grant Park Orchestra is performing this week. On the day that World War II broke out in 1939, Tippett began work on a large-scale oratorio in the Handel oratorio and Bach Passion traditions to address the human struggle for good versus evil in light of Nazi atrocities. Particularly invigorating is Tippett’s use of familiar African-American spirituals that punctuate the work and form its emotional core. That first war-time performance of the work brought enormous inspiration to a Britain battered by war and became a national symbol of hope.