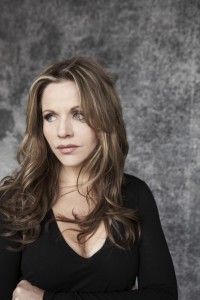 Last week I received an email from a high-octane PR firm that primarily deals in rock and pop music with the subject line that “Renée Fleming to take on indie rock” at Ravinia. Hmm. Someone was confused, I thought, but then again, Sting showed up at Ravinia last week with the Royal Philharmonic, so anything is possible.

It turns out that yes, America’s reigning superstar operatic soprano has recorded an album called “Dark Hope” (Decca) which “finds her exploring a parallel universe via songs by Arcade Fire, Band of Horses, Leonard Cohen, Death Cab for Cutie, Jefferson Airplane, The Mars Volta, Muse and others; the album debuted on the Billboard Top 200,” as the release explained. But unless Fleming is planning to do any of these as an unlikely encore for her Ravinia appearance, we will have to settle for her doing one of her signature art pieces, Richard Strauss’ “Four Last Songs” with Christoph Eschenbach (spelled Eschenback in the pop release) and the Chicago Symphony Orchestra, doing these polished gems from late in Strauss’ life about life, loss and the inevitability of death as no one else can. Can the same be said for her “parallel universe” exploration of pop music? I have yet to hear, but generally speaking, there are good reasons that trained voices stay away from this stuff: neither the material nor the voices benefit.

The unusual program also celebrates the Robert Schumann bicentennial and Christoph Eschenbach’s seventieth birthday; Eschenbach has been a mentor to Fleming from early on in her career, though no word as to how he feels about her performances of Death Cab for Cutie. Of course, Eschenbach could be in for quite a birthday surprise with the announced “Horns of the Chicago Symphony Orchestra” playing Schumann’s “Concertstück” for Four Horns, Op. 86, if one of them turns out to be the notoriously unpredictable principal horn of the orchestra but then again, Eschenbach himself gave us all a surprise by pulling out of all of his piano performances this week at the last minute due to sudden tendonitis. Tzimon Barto, another Eschenbach protégé who as far as I know will not be performing anything by Band of Horses, will be the soloist for Schumann’s rarely heard piano and orchestra pieces “Introduction and Allegro Appassionato”, Op. 92 and “Introduction and Allegro”, Op. 134, and will also step in for Eschenbach as accompanist for the Matthias Goerne recital Thursday night (pianist Shai Wosner will perform Mozart’s Piano Concerto in A Major, K. 488 that Eschenbach was scheduled to perform on Friday night). (Dennis Polkow)